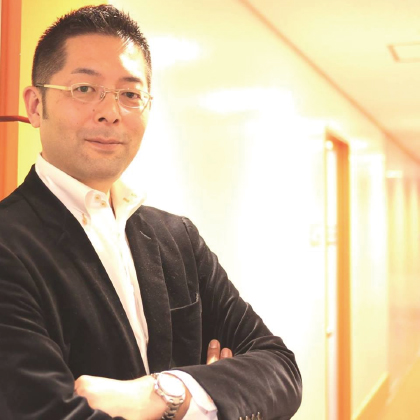 Hello, everyone, this is Koji Yamamoto from Global Partners.
Global Partners has been participating in assistance for overseas expansion and other supportive services from its establishment in 2009. Since then, our company has joined hands with customers and more than 5,000 companies and cooperations. ‘To sell exceptional Japanese products and services throughout the world as a global sales and marketing company.’ and ‘To provide a supportive environment for the global expansion of enterprises of all operational scales’ are the goals of our company.
We are and still will be facing new challenges everyday and we could not conquer these challenges without your cooperation and assistance. All members from the company of Global Partners sincerely appreciate your help.

In many fields of the industry, the growth of sales in the Japanese domestic market, which is already developed and sees a continued declining in its population, has become more and more difficult. In the last 20 years, a lot of efforts have been put into taking advantages of IT industry to reduce the cost. However, now we think it is the time to make a fundamental reformation of the market.
Through the efforts of the Japanese ‘people’, Japan has earned a position described as ‘Japan is No.1’. However, if we take a look at recent statistics, we have been more and more overtaken by other countries.
In the past 10 years, the export value of the entire Japan has increased 14 trillion yen. The total sum of domestic consumption and investment plus the addition of export value is the amount of GDP. Therefore, an increase in export could bring out good market which could solve various problems.
Then let us take a look at the export net increase of other countries in the same period. India increased 28 trillion yen, South Korea increased 37 trillion yen, Germany increased 69 trillion yen, the United States increased 93 trillion yen and China increased 203 trillion yen.
It is hard to believe that Japan, a country with advanced technological development capabilities and great services, is defeated by other countries. And we have spent years and years looking for answers to the question of why we are falling behind all the other rising countries in the world.
We have concluded it is the overwhelming inadequacy of human resources that can conduct business overseas that cause the disadvantages for Japanese companies expanding globally. This is exactly the short-falling of ‘human economics’. After all what really matters is whether ‘people’ could create a way to make better sales.

‘From Dubai to the world’

The world’s population will expand 1.8 times in the 21st century, it is said it would break through 11 billion. Including Japan, the population of developed counties will stay the same, however the population of developing countries will continue to expand up to 50 million. Most of all, the population of the Middle East, India, Africa will expand from 30 billion to 70 billion. Dubai, a cosmopolitan city, will be the door for business in this area. From Dubai we aggrandise our business to the Middle East, Asia, North Africa and Europe. Therefore, we established Japan Trade Centre in Dubai and assigned the best of our people focusing global sales and marketing. We will help Japanese companies to challenge the world. Then immediately after the Dubai World Expo 2020 we aim to gain our position as a listed company.

The origin of the name Global Partners comes from the axiom ‘companions without boundaries’. I think we can sense that ‘global’ has the nuance of ‘without boundaries’. In order to bring success to a project, we need to eliminate the boundaries between the company and customers or business partners, also the boundaries between Japanese enterprises and foreign ones. Our company believes in the idea of doing business under the consideration of ‘sharing the same destiny’, ‘building a trustful partnership’ and ‘thinking about the benefit of the other party’.
GP will continuously strive to work for delivering happiness and joy to the coming generation. To reach such a goal, we will try our best. Global Partners Inc.
CEO